January 16, 2020
Yes, this is a critique of Bob Jones University. I am a friend of BJU. BJU has many enemies. I AM NOT ONE OF THEM. My time there 1997-2004 was some of the best years of my life. I received a wonderful education there, I met my wife there, I developed many biblical convictions there. Please understand I say these things with a spirit care and concern for an institution that I love. Here I will present my conclusion then proceed to the evidence in this and future blog posts. Though the administration would certainly disagree with my conclusion they would, to the best of my knowledge, agree that the evidence I present here is factual. I believe that Bob Jones University has removed itself from its conservative fundamentalist roots. BJU has had a long history of separation from theological liberals and disobedient brothers. This separation is in large part what differentiates a fundamentalist institution from an evangelical or neo-evangelical institution. Dr Billy Graham since 1957 has been regarded as a disobedient brother by the Jones family.  In March of 1966, Bob Jones Jr. said Graham was "doing more harm to the cause of Jesus Christ than any living man," according to the archives of The Greenville News and Time magazine. Compare that to Dr Pettit's statements in an interview with Fox Carolina shortly after Dr Graham’s death. I confirmed with Dr Pettit that Fox Carolina did not distort his statements in any way. Here are some excerpts and a link to the interview.


"Thankful for his faithful preaching of the gospel...Thankful for someone who has sought to present a clear gospel message...Evangelist who spread the gospel all over the world...His mother heard Billy...is thankful"

Teddy Dover said…
It continues to blow my mind as I read post such as this continuing to damn what I believe to be the greatest pastor that God ever gave to America, and in fact, the entire world benefitted from Dr. Graham's passionate preaching. I can promise you this, I would trade places with Dr. Graham in a split moment, as we must all face Jesus! I am nothing, and I realize this completely. I remember watching those crusades even in my 20's just to see if they still had the ability to soften my heart. They did as much so as they did when I was just a child. I could not agree more with Petit, being realistic, and respectful as this monumental legend passed away. Actually, there was a missed opportunity to ask for the former leadership at B.J.U. to apologize and acknowledge their previous mistakes concerning Dr. Graham! I read those old comments spoken by Jones Sr. telling Graham that he would never be anything but an old county preacher at his best...I am thrilled Jones Sr. was dead wrong! I always respected Billy Graham because he spoke to everyone with a burning desire, making sure that they knew Jesus as their very own personal Savior. Perhaps that would be a standard pattern for all pastors and churches to follow. I really feel so inferior, even responding to this, but, I am of age now that I understand just why God's hates a proud look even more so, than all other sin. It's ugly every time, and it does not ever discriminant concerning it's ugliness on all of those that choose to adorn themselves with it. I truly hope that those that created this post will see themselves as God sees us all, does filthy rags sound familiar? We all need to STOP majoring on the minors. Again, Dr. Petit thank you for acknowledging God's best, and sincerely concerned messenger. Thank you Lord for allowing me to live during Dr. Graham's time. Please Lord, always remind each of us to remove the lights from ourselves and place those lights on your only Son, Jesus Christ...
January 24, 2020 at 6:49 PM

This is what Dr. Graham Preached every time, to everyone.

Teddy Dover said…
www.youtube.com/watch?v=4tMYXzcu3kE
Please, copy and paste these inspirational songs into YouTube. This was always what Dr. Graham proclaimed...

Let this calibrate your heart, to it's full potential!

Popular posts from this blog

BJU then and now...Abby Johnson 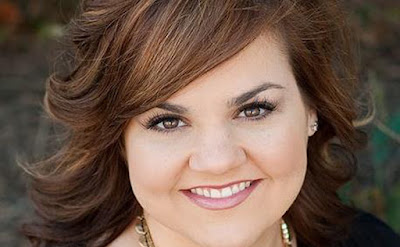 On February 2018 Dr. Steve Pettit president of Bob Jones University praised Dr. Billy Graham's ministry and his legacy. During a chapel message on November 7th of 2019, Dr. Bob praised the ministry of Dr. Billy Kim. Dr. Kim has always been a lover of the Graham ministry. It is a well-documented fact that Graham and Kim made partnering with the Roman Catholics (and others) IN MINISTRY a matter of course.

On January 23, 2020, BJU invited the public on campus to screen the movie Unplanned created by pro-life advocate Abby Johnson. Then on March 5, 2020, BJU hosted the Piedmont Women's Center (PWC) for their fundraising event. The speaker for the evening was Abby Johnson. During the event, Johnson "preached the gospel". On stage, displayed on a banner, were the words of Isaiah 43:19. Johnson said, "We must give the gospel to these ladies, not the watered-down Jesus but the powerful Jesus...everyone here is a sinner and in the need of a savior". She used the wor…
Read more

January 23, 2020
The BJU seminary invited Dr. Andy Nasseli to speak for the Dr. Stewart Custer lecture series on November 12, 2019. He spoke about the Christian conscience. Here is how the BJU Seminary announcement reads:

"For this year’s lectures, we are delighted to welcome Andy Naselli. He is an associate professor of systematic theology and New Testament for Bethlehem College & Seminary in Minneapolis and one of the pastors of Bethlehem Baptist Church. He serves God in a school and church that exist to spread a passion for the supremacy of God in all things for the joy of all peoples through Jesus Christ. His role in that mission is to research, write, teach, and shepherd."
Event website
As you may know, both Bethlehem ministries (church and seminary) are Dr. John Piper ministries. Watch as Christian rap is performed at Dr. Naselli's church. Warning: watch at your own risk. https://youtu.be/N2xyaUnkkZg